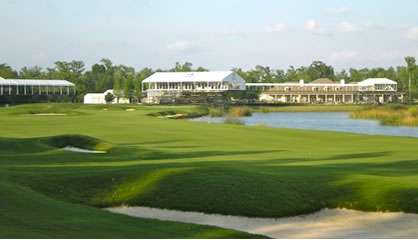 Zurich Classic betting tips & predictions – the Zurich Classic is played annually in New Orleans, Louisiana. From the event’s inception in 1938 through 2004, it was played at a series of courses in New Orleans. In 2005, the tournament moved to its current home at TPC Louisiana in Avondale.

The 2017 edition of the tournament marked the first year of team play at the Zurich Classic instead of the standard stroke play competition. The two-man team format over 72 holes brought widespread interest and in particular fans of the Ryder Cup and Presidents Cup were thrilled with the new format.

Key points for the format of the tournament;

TPC Louisiana is a 7,425 yard Par 72. It opened in 2004 and was designed by golf course architect Pete Dye in consultation with tour professionals Steve Elkington and Kelly Gibson. Since 2005 the course is part of the PGA Tour’s Tournament Players Club (TPC) network.

The course stretches over 250 acres of wetlands along the Mississippi River delta. The layout incorporates cypress and oak trees and features over 100 bunkers as well as five ponds which come into play. The signature hole is the Par 5 18th with water in play on the entire right side, making for a challenging finish.

TPC Louisiana boasts a series of short but compelling Par 4 holes that delivers a great blend of challenge and play-ability. As with most Pete Dye creations finding fairways is key. This is true of TPC Louisiana where most of the recent winners of the Zurich Classic have ranked inside the Top 10 for Greens in Regulation. Greens are average in size but are undulating.

The team format is a departure from the norm making it challenging to find an angle in. It will be important for teams to get the right balance between an aggressive strategy and good course management. Putting will still be at a premium and regulars to the tournament will eliminate the ‘course-unfamiliarity-factor’.

Accuracy off the tee will be a plus and the ability to capitalise with good scoring on the Par 5s will be important. Expect teams in the mix this week to be precise in their approach play backed up with first class putting. Patience and teams with good camaraderie will be key.

Last year, Billy Horschel and Scott Piercy won the Zurich Classic team event. For Horschel it was his second triumph at TPC Louisiana having won the tournament as a stroke play event back in 2013. The victory was Horschel’s fifth and Piercy’s fourth win on tour. Each earned just over $1-million and 400 FedExCup points.

Horschel and Piercy began the last round three shots back of the lead held by Kevin Kisner and Scott. However, a bogey-free -5 (67) in foursomes was enough to get the job done and finish one stroke ahead of Jason Dufner and Pat Perez.

In the inaugural playing of the team format, Cameron Smith and Jonas Blixt emerged victorious winning at the fourth playoff hole on a Monday finish. For Smith it was his first PGA Tour victory and third for Blixt, who’s last victory was in the 2013 Greenbrier Classic.

They defeated Kevin Kisner and Scott Brown in the playoff after both teams finished -27 for the 72 holes. Kisner and Brown birdied 10 of their first 11 holes in the final round on their way to a combined for a -12 (60). Blixt and Smith did not square any bogey for the week and earned 400 FedEx Cup points each.

A possible strategy is to look for a team with one player who drives the ball long (and accurate) coupled with someone who has a deft touch around the greens. Look for players with proven record in both strokeplay and matchplay.

Tony Finau & Kyle Stanley 20/1 (E/W) – on the course camaraderie and rapport will not be an issue for the veteran PGA Tour players. Finau, a member of the 2018 Ryder Cup team, finished T6 in last year’s edition of the tournament when partnered with Daniel Summerhays. No questioning Finau’s pedigree with 7 x Top 25’s from 12 starts including a T5 at the Masters. Stanley’s form on the other hand is mediocre at best. However, he looks to have found something in his game underlined by a T21 in the Masters. Statistically balanced, the pairing feature inside the Top 30 in this week’s Stats Analysis. If Stanley can rediscover his laser like ball-striking which we have come to associate with him, then they could be dangerous. Best value at top end of market.