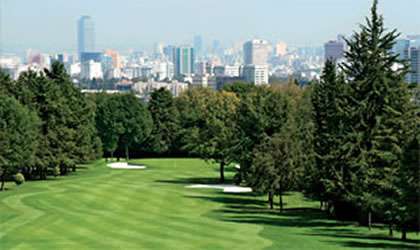 The WGC Mexico Championship was inaugurated in 1999 and is one of the four annual World Golf Championships. It is sanctioned and organised by the International Federation of PGA Tours.

The prize money is official money on both the PGA Tour and the European Tour.

Since the start of the FedEx Cup in 2007, the tournament was played on the Blue Monster at Doral as part of the early season Florida Swing. However, in 2017 the tournament moved to Club de Golf Chapultepec in Mexico City as part of a seven year agreement.

English golf course architect Percy Clifford carried out alterations to the layout in 1972 leaving little or no resemblance to the one that was originally envisaged by the Smith brothers almost a century ago.

The fairways are tree-lined and the greens have plenty slope and undulation. The greens are also well protected by bunkers and trees. Putts will be fast and challenging on many of the holes.

Club de Golf Chapultepec, at its highest point, is 7,835 feet above sea level. At this altitude the thinner air makes shots travel farther and fly significantly lower. When Dustin Johnson won in 2017 he had an average Driving Distance for the week of 321.5 yards with his longest drive topping out at 393 yards.

The combination of added length and a lower ball flight results in shots that land with more ball speed and a shallower landing angle. This can make stopping on the tricky green complexes much harder.

Several holes are doglegged requiring an ability to shape the ball both ways. The layout demands precision and will reward ball-strikers. There is plenty of elevation change and a variety of approach shots will be required, both uphill and downhill, to find the tricky green complexes. This is a week where accuracy will win over power.

There is no cut at the WGC Mexico Championship so an aggressive strategy is required. However, good course management will be at a premium. Accuracy off the tee will be a plus and the ability to capitalise with good scoring on the Par 5s will be important.

Last year, Dustin Johnson captured the WGC Mexico Championship title for the second time in three years. He carded a final round -5 (66) finishing at -21 (263) for the week, five shots clear of his nearest rival, Rory McIlroy.

The win was DJ’s 20th of his PGA Tour career and sixth WGC victory. Johnson (34) became only the fifth player in the last 50 years to reach 20 PGA Tour wins before the age of 35, putting him in the company of Tiger Woods, Phil Mickelson, Johnny Miller and Tom Watson.

“It means a lot. To get 20 wins out here is very difficult. To do it before I turn 35 is pretty incredible”

Johnson’s game for the week was impressive to say the least. He finished 2nd in SG:Tee-To-Green (11.966) and 1st for SG:Putting (8.466). Other stats for the week include T25 for Driving Accuracy, T12 for Driving Distance, 1st for GIR and 12th for Putts per GIR.

In 2018, Phil Mickelson emerged victorious after edging out Justin Thomas on the first hole of a playoff. Lefty carded a final round -5 (66) for a total -16 (268) for the week. It was his first victory since winning the Claret Jug at Muirfield in 2013.

“I can’t put into words how much this means to me, I knew it was going to be soon, I’ve been playing too well for it not to be. But you just never know until it happens.”

No surprise that Big Phil’s putting was to the fore in his victory gaining 7.398 strokes on the field average for the week in the Strokes Gained Putting (3rd) category. He was also T53 for Driving Accuracy, 40th for Driving Distance, T25 for GIR and 3rd for Putts per GIR.

In 2017, Dustin Johnson emerged victorious after carding a final round 68 to finish on a score of -14 (270). He finished one stroke clear of Tommy Fleetwood with John Rahm and Ross Fisher a further shot back.

“I played really well the last three rounds, I just hit it really good. I still missed a lot of putts, but I think everybody was struggling on the greens. They were really tricky, tough to read.”

DJ topped the Strokes Gained Approach-The-Green stat gaining an impressive 8.73 strokes on the field average with his approach shots. He finished the week T49 for Driving Accuracy, 4th for Driving Distance, T5 for GIR and 21st for Strokes Gained Putting.

Hideki Matsuyama 18/1 (E/W) – finished T25 in the 2017 edition of the tournament and added a T19 last year. Followed up a T16 at the WM Phoenix Open with a T5 in last week’s Genesis Open. Around Riviera he topped the pile for both SG:Off-The-Tee and SG:Tee-To-Green. No surprise that the talented Japanese golfer places inside the Top 5 in this week’s Stats Analysis. Currently 12th on Tour for GIR and 3rd for Scoring Average. Has the skill set to unpick the challenges of Club de Golf Chapultepec. Hard to ignore when he is on form.

Xander Schauffele 20/1 (E/W) – sticking with Schauffele again this week. This is his third look at Club de Golf Chapultepec with his previous two visits yielding a T18 (2018) and T14 (2019). Putter deserted Xander at last weeks Genesis Open, but the upshot is he finished 9th in SG:Tee-To-Green and 2nd in GIR. Has 2 runner-up finishes this season which includes a solo 2nd at the WGC HSBC Champions. A superb all-round game puts him 3rd in this week’s Stats Analysis. Currently 11th on Tour for GIR and 4th for Scoring Average. If his putter warms this week and compliments his tee-to-green game then he should be in the mix come back-9 Sunday.