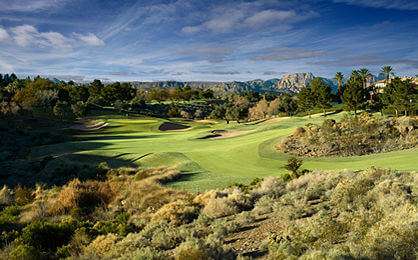 Shriners Hospitals Open betting tips & predictions – the Shriners Hospitals for Children Open was founded 34 years ago in 1983 and played annually in Las Vegas. The tournament is currently held at TPC Summerlin. In 1984 it became the first PGA Tour event in history to offer a purse exceeding a million dollars.

Designed in 1992 by Bobby Weed and Fuzzy Zoeller, TPC Summerlin incorporates traditional golf design with the natural desert terrain of the region. It annually ranks among the easiest Par 71s on the schedule. There is plenty of room off the tee, the greens are large and receptive and the tournament always produces a low-scoring birdie-fest.

The Par 71 course can stretch to 7,255 yard and is located at an average elevation of 2,700 feet (820 m) above sea level. Greens are large by Tour standards averaging 7,500 square feet and are very scoreable.

What one does off the tee this week is pretty much irrelevant as you don’t need to be particularly long or accurate. Finding greens and putting well are the key attributes for success

Last year, Byrson DeChambeau closed with a final round -5 (66) to finish on a total -21 (263) and capture his fourth PGA Tour title in 12 months. A spectacular 58ft eagle on the Par 5 16th greatly helped his one stoke victory over the defending champion, Patrick Cantlay.

Over 97% of DeChambeau’s strokes gained on the field average came tee-to-green finishing the week first in this category. In particular his iron play was dialled-in with Strokes Gained Approach The Green contributing over 50% of his overall gain. Other stats for the week include 30th for Driving Distance, 4th for Driving Accuracy, T4 for GIR and T13 in Putts per GIR

The 2017 edition of the tournament saw Patrick Cantlay win his first PGA Tour title in a playoff with Whee Kim and Alex Cejka. He bogeyed the final two holes of regulation for a -5 (67) and a total -9 (275) at a very windy TPC Summerlin. Gusty winds resulted in a field average of 71.542 establishing a 20-year high for the tournamnet.

Cantlay’s game tee-to-green laid the foundation for his victory with more than three quarters of his strokes gained on the field average coming in this category. The 25 year old finished the week 13th in Driving Distance, T5 for Driving Accuracy, 17th for GIR and 9th in Putts per GIR.

In 2016, Rod Pampling, birdied four of the last six holes to capture his first win in 10 years. His victory included a bogey free opening round with 7 x Birdies and 2 x Eagles for an -11 (60). The Australian finished the week 1st in Strokes Gained Tee-To-Green gaining almost 13 strokes on the field average. He finished the week 38th in Driving Distance, T15 for Driving Accuracy, T11 for GIR and T12 in Putts per GIR.

In 2015, Smylie Kaufman, closed with a final round 61 to separate himself by one stroke from a group of seven players. Kaufman led the field in Total Birdies, Total Driving, All-Round Ranking and Par Breakers.

The 2014 champion, Ben Martin, posted four rounds in the 60s on his way to victory which included a 62 on the Saturday.

In a nutshell, this week is all about players putting themselves in position for scoring, racking up birdies and avoiding any unforced errors

Adam Hadwin 40/1 (E/W) – returning to TPC Summerlin after a two year hiatus. Prior to his break from the event he had a Top 30 and Top 10 in three previous looks. Hit the ground running in last week’s Safeway Open, his first event of the 2019-20 Season, finishing solo 2nd. Around Silverado he was 7th in SG:Putting and 1st in SG:Approach-The-Green. Squared only 6 bogeys for the week and finished T1 for Birdies shooting 22 in total. The Canadian golfer’s game looks razor sharp and on the face of it looks to be a solid contender this week. If he brings last week’s form to Las Vegas then he will make a lot of birdies. Good each way value.

Charles Howell III 55/1 (E/W) – this is his first visit to TPC Summerlin since 2016. His last four starts in the tournament have yielded three Top 20 finishes including a T5 in 2013. Kicked off his season nicely at last week’s Safeway Open finishing T4. Around the North Course he was an eye-catching 3rd in SG:Putting. Places mid-table in this week’s Stats Analysis (based on last season’s stats), underlining his all-round ability. Always solid tee-to-green, if his putter remains hot then he could contend. Will be arriving to this week’s tournament in confident mood to a course that should fit his eye perfectly.