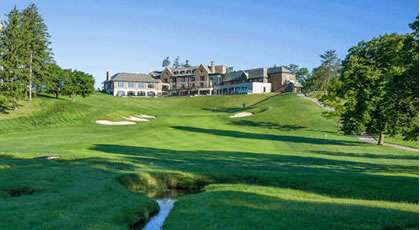 RBC Canadian Open betting tips & predictions – the RBC Canadian Open was first played in 1904 by the Royal Canadian Golf Association (RCGA). It is the third oldest continuously running tournament on the PGA Tour after the British Open Championship and the US Open.

Hamilton Golf & Country Club began in 1894 and was originally designed by Harry Colt. The club comprises 27 holes made up of three 9-hole courses called the West, South and East Courses. The West Course makes up the front nine for the RBC Canadian Open with the back nine played on the South Course. The layout will play as a Par 70 that can stretch to 6,966 yards from the championship tees.

The course is a classic design with tree-lined fairways, elevation changes and smaller than average greens. The course boasts a strong set of Par 3’s with three playing over 200+ yards and the other at 188 yards.

The layout and design of Hamilton G&CC features superb routing with holes that keep the layout challenging despite its lack of length. This week looks like accuracy will trump distance and finding the right parts of the fairway to attack the greens will be key.

The RBC Canadian Open is a hard one to assess due to course rotation and it’s new slot before the US Open. With unfamiliar greens serving as targets, Strokes Gained Tee-To-Green will be a key consideration. Those in tune with distance and accuracy who sink their fair share of putts should thrive.

This is one of those weeks to approach with caution.

Matt Kuchar 22/1 (E/W) – sticking with Kooch again this week after his uncharacteristic MC in last week’s Memorial Tournament. A regular visitor to the RBC Canadian Open, he has excellent history in the tournament. Last week aside, his form this season is top-notch with two wins and two runner-up finishes among seven Top 10’s. Features in the Top 5 in this week’s Stats Analysis, the FedEx Cup points leader is also 1st on Tour for GIR and 7th for Scoring Average. The benefit of the MC last week is a couple of extra days rest. Course should suit the Kooch’s skill set perfectly.

Bud Cauley 50/1 (E/W) – teed it up the last time the RBC Canadian Open was played at Hamilton finishing T4 for the week. Has two Top 10’s among five Top 25’s so far this season including a T9 in last week’s Memorial Tournament. Around Muirfield he finished 16th for both SG:Tee-To-Green and SG:Putting, a marked improvement in these categories. The 29 year old does everything ‘well enough‘ and features in the top half of this week’s Stats Analysis table He also leads the Tour in SG:Around-The-Green, . Will be arriving off radar in confident mood. Ticks a lot of boxes as an each way chance.