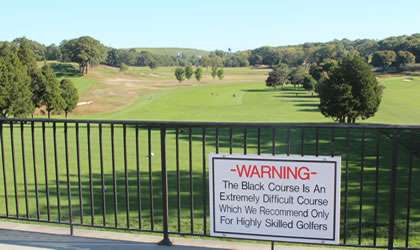 2019 PGA Championship betting tips & predictions – the PGA Championship is organised by the Professional Golfers Association (PGA) of America. It is an official money event on the PGA Tour, European Tour and the Japan Golf Tour.

This year’s PGA Championship will play as the second major of the year, establishing a new place within golf’s major rotation.

The PGA Championship features the strongest field of any of the majors based on the Official World Golf Ranking, with 156 players competing annually for the Wanamaker Trophy.

Bethpage State Park features five 18-hole regulation golf courses and is lovingly referred to as the “People’s Country Club.” The crown jewel of the facility is the legendary Black Course designed by A. W. Tillinghast. It opened for play in 1936 and has hosted the 2002 and 2009 US Opens, 2012 and 2016 Barclays tournaments. The course will play host to the Ryder Cup in 2024 and the Northern Trust in 2021 and 2027.

The Black Course became the first publicly owned and operated course to host a US Open. It continually ranks as one of the Top 10 Public Courses in the United States and has a reputation as one of the most challenging and rewarding courses to play.

The layout is a Par 71 that can stretch to 7,468 yards from its tips. However, like the 2002 and 2009 US Opens, this week the course will play as a Par 70. The narrow fairways, high rough, well placed bunkers and small greens help to make this an extremely difficult course.

The 2002 US Open was won by Tiger Woods and he was the only golfer to score under par for the championship. It was seen as one of the most difficult and exciting US Opens in history breaking attendance records and creating a boisterous atmosphere. Lucas Glover won the 2009 US Open. The course was hit heavily by continuous rain throughout the week and weekend. This resulted in multiple suspensions of play.

Good driving is paramount this week and at nearly 7,500 yards longer hitters will have an advantage. However with a premium on hitting the smaller than average greens Driving Accuracy is also key. A player’s long game has to be in good shape to score well on the Black Course. Scoring opportunities will be hard to come by so taking advantage of the two Par 5’s will be crucial.

History tells us that excellent Current Form is key this week. Bethpage Black will require excellent course management and will suit a player with superior ball-striking skills, in particular those who drive the ball long and well from the tee.

Like with all the Majors, it is worth holding back some wager money to have a bet in running after 36 or even 54 holes are completed.

Justin Rose 20/1 (E/W) – best result at the PGA Championship is a solo 4th in 2015 at Whistling Straits. His form this season is impressive with 5 x Top 10’s from 8 starts including a victory at the Farmers Insurance Open. Finished solo 3rd in his last outing at Quail Hollow, finishing the week 11th in SG:Approach-The-Green and 4th in SG:Putting. No surprise to see the supremely talented Englishman place second in this week’s Stats Analysis. JR will be arriving in confident mood and has the skill set to unpick the challenges of Bethpage Black.

Jason Day 25/1 (E/W) – won the PGA Championship in 2015 by three strokes when played at Whistling Straits. His results since read 2-T9-T19, enough to put him top of the pile in this week’s Event Form table. Has 5 x Top 10’s from a dozen starts including a T8 in the PLAYERS and a T5 in the Masters. No surprise that the talented Aussie features inside the Top 10 in this week’s Stats Analysis table. Event Form check, Current Form check, Stats Analysis check, hard to ignore. Best value at top end of market.

Kyle Stanley 7/1 To Finish Top 20 – historically he has no form of note in the PGA Championship however, his Current Form is what catches the eye. Found something in his game at Augusta finishing a very respectable T21. This is further underlined by a T8 in his last outing in the Wells Fargo Championship. Around Quail Hollow he was T6 for Driving Accuracy and 7th in SG:Putting. Statistically balanced, Bethpage Black will suit his laser like ball-striking which we have come to associate with him. His putting stats from Quail Hollow temper expectation and could surprise. 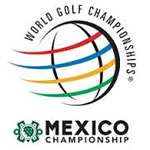